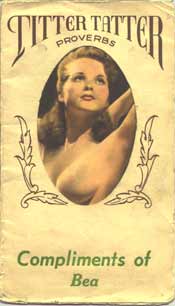 What a naughty give-away from the 1940's!
Titter Tatter Proverbs celebrates the human form, or at least it's an excuse to practice Man's oldest hobby, objectifying Women's bodies.

And who is this "Bea"? Could she be an actual person? I'd like to imagine her as a sophisticated Madame, with big city clientele. After all this doesn't look like a give-away from Joe's Auto Parts.

The sight of a statuesque, nipple-less beauty, peeks through the die-cut cover, flip it over and enjoy the full view. 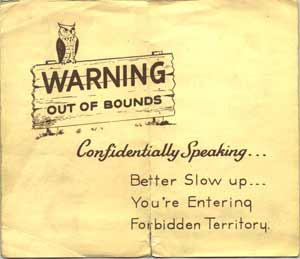 As you unfold Titter Tatter Proverbs you receive a stern warning.
After all, you may have a fear of nipples!
And then....
From here on ...
PROCEED AT YOUR OWN RISK! 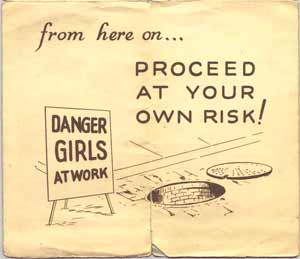 "Danger Girls At Work" leads one to think could this actually promote "working girls". Does the open "manhole"have a double meaning ?

When you finally get it unfolded, you are treated to a number of cute cartoons highlighting the variations in Women's Breasts. Each is accompanied by quotes neither topical or funny. Breastypes does a little better with their captions, but it's no National Lampoon.

Titter Tatter Proverbs, a Sexy Premium in It's Unfolded Glory 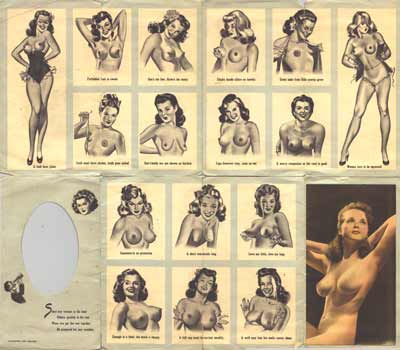 The text below the die cut says:

Some say volume is the best
Others, quality is the test
When you get the two together
Be prepared for any weather. 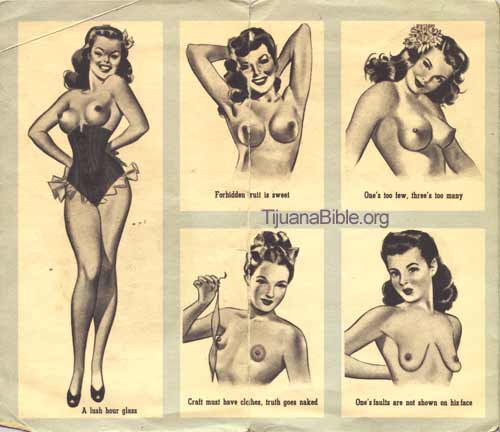 Caption 1 - A lush hour glass
Caption 2 - Forbidden fruit is sweet
Caption 3 - One's too few, three's too many
Caption 4 - Craft must have clothes, truth goes naked
Caption 5 - One's faults are not shown on his face 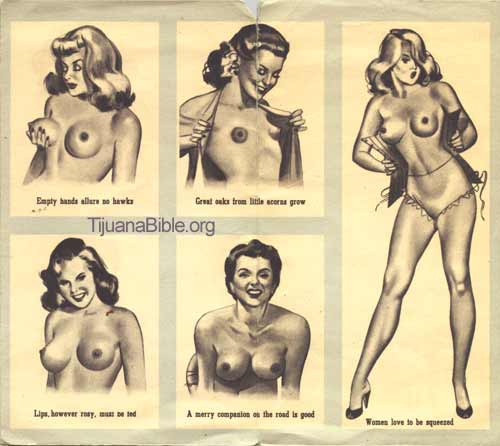 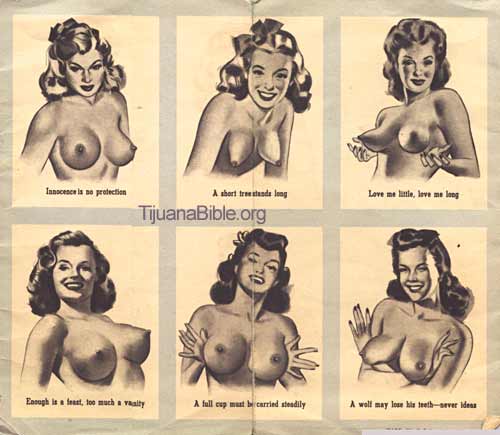 A Variation of the Breast Comparison Theme

And then there is Breastypes! A smaller book (3 x 4 inches), featuring each of these girls on a single page. They make an effort at humorous quips, but many of them are pretty stupid, like, underchinners. It combines parts of the Warning graphics with some additional bra artwork. 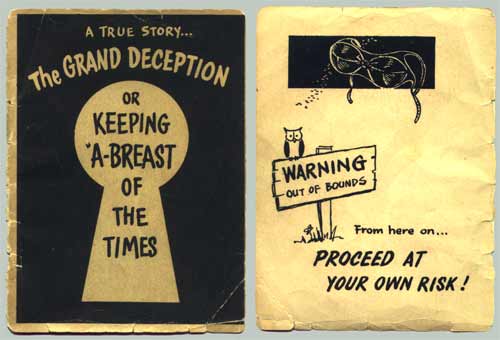 The Grand Deception or Keeping A-Breast of the Times 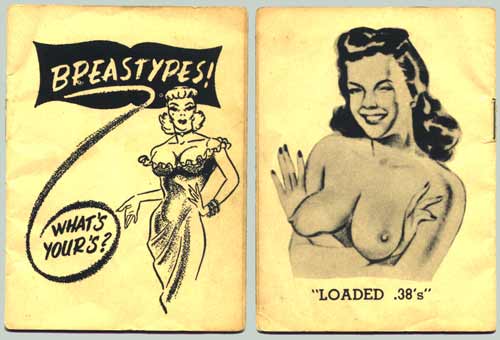 Breastypes teases us about teasing us. Though the quality of the reproduction is not as good as Titter Tatter, at least the captions make an attempt to be witty.